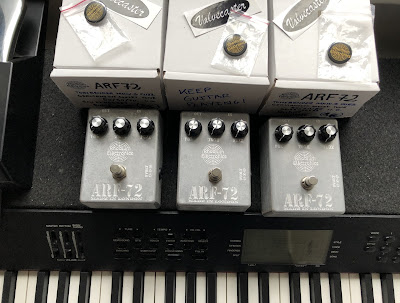 Life’s about changes, about taking decisions all the time, most of the times for the good of the people around you, or your own luck.
Well, I know, making a Tonebender MKIII built in veroboard is mental, finished three units and they been listed on eBay, reverb and the Rhodium Electronics blog.
Limited and exclusive latest series. Therefore, will continue with the series ARF72, using same components, but it will be designed in a professional prefabricated PCB in future, as per ToniBender MKIII boards, but mini version. 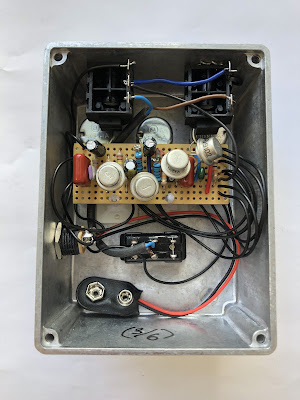 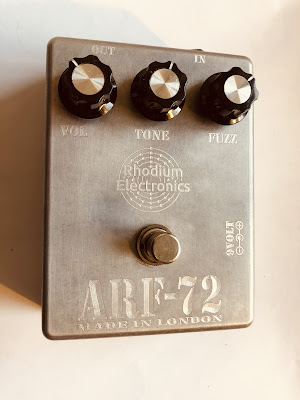 ToniBender MKIV Fuzz circuit built in veroboard, this new ARF72 based on a germanium selection of four number of Russian transistors.
Top mounted jacks. Output gain control at rear of the desk enclosure increases versatility and dynamics responses of the sounds.
This new ARF72 Fuzz Tonebender built in veroboard with audio grade electronics in Lo-Fi version.
Only three units small run, hand built one at a time. 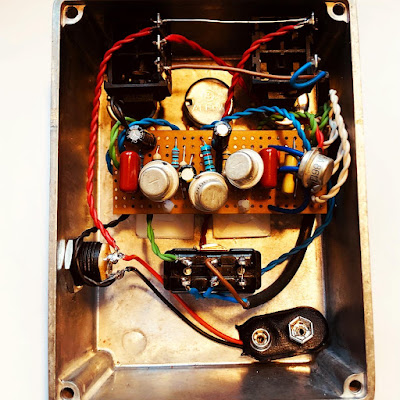 Designed to opened from upper cover, side screws to disassembled in order to get access to the battery.
True bypass and only battery working unit, with power isolation in the input jack.