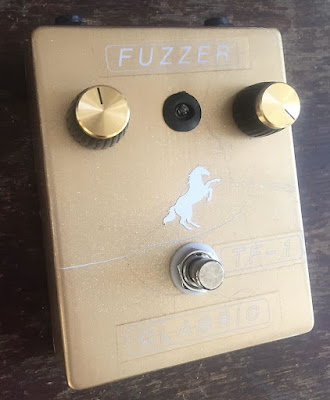 FUZZiE is a model of Fuzz for guitar cloned to solve usual problems, when connecting your legendary FUZZface, with a rig of buffered and true bypasss pedals, either in a cascade configuration or daisy chain powered pedals. 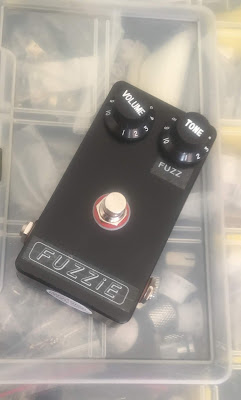 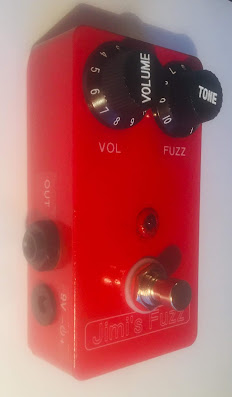 Exclusive Rhodium Electronics Jimi’s Fuzz, this pedal is the genuine FUZZ circuit with vintage Germanium PnP Mullard OC76 metal germanium transistors and is a non-biased fuzz as per original circuit. 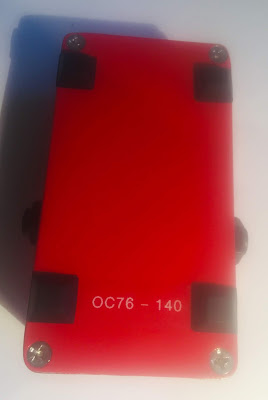 This Jimi’s Fuzz includes a switching mod with diffuse blue led and is unique. Jimi’s Fuzz with blue led is powered to 9 Volts with negative center.
Rhodium Electronics Jimi’s Fuzz Silicon BC108 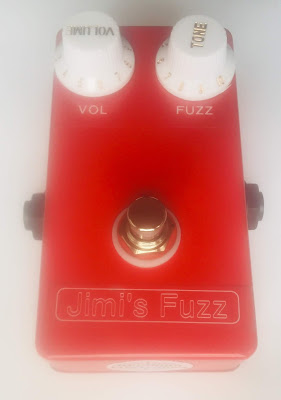 Hand made in London and designed to excel. Amazing fuzz sound and bandwidth. Bias control for more versatile fuzz range for professionals. Power Supply to 9 Volts with negative center.

Messing around with Fuzz 151 Rhodium Electronics Gold Edition Pegasus based on Siemens Germanium transistors. Recorded Fender Stratocaster, Epipone Les Paul and Marshall Preamp Series 9000.
There five guitars in total through the same bias of the transistor circuit of this fuzz. It's a user bias control to find the range you like. We choosen ours and recorded this demo.
This unit is unique, we hand built effects pedals one at a time, only few times reproduced more than two units. Grab a really good sound for your guitar, module and find your desired bias though this Fuzz, with Siemens germanium, just a-mazing.